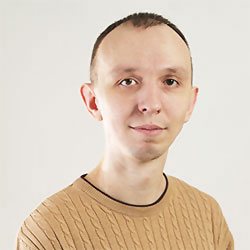 Top 5 Reasons You Should NEVER Use Internet Explorer

More often than not we see that the clients we’re developing websites for are actually planning on using them in the Internet Explorer browser. However, having opened their website in IE, they can’t seem to recognize it - mainly because of the weird rendering and messed up UI elements.

Needless to say, this fact does disappoint the website owners a bit when it actually shouldn’t - and today we’re going to tell you exactly why.

Why You Should NEVER Use Internet Explorer

Here’s a bit of history for you. Internet Explorer first came out in August 1995 and was quite a success. For a long period of time, it remained a top-choice browser for many users and organizations.

However, Microsoft competitors soon were able to come up with their own browsers (Opera, Mozilla, Chrome), which worked better, faster, and were generally more reliable. This and some other factors largely contributed to a more or less recent Microsoft decision to shut down IE and discontinue its support.

It’s been more than 3 years since then, which makes people who are still using IE not only old-fashioned but potentially vulnerable to cyber threats.

If you still feel like you can’t let the good old IE go, here are 5 reasons bound to make you change your decision.

Despite having quite a lot of competitors on the market during its heyday (which should’ve pushed IE developers to introduce new features and make the product better), Internet Explorer failed to live up to the client expectations in terms of security.

In fact, this browser is much more vulnerable to various security threats, which became obvious in the wake of the massive cyber attack of 2014 when tons of private data leaked. After the incident, an official governmental recommendation was issued in the US and UK advising people against using IE.

This might have been the right time to finally fix all the errors and security concerns, which did happen - but only in 2015. This was due to the fact that IE has a special error-fixing protocol, which is rigidly timed.

For common users, it only meant that their data was being kept vulnerable for a quite extended period of time. Now, it’s even worse since no security updates are released at all.

If you’ve used both IE and any other major browser, you will probably agree that it takes much longer for pages to load in IE. It is simply SLOWER.

Whereas 20 years it might not have been such an issue, nowadays users tend to take it personally when their website doesn’t load in a split second. First, they blame the website - but when it happens time and time again, they realize it’s actually the browser.

You don’t want to disappoint your users either way so why bother using a slow tool when there are much faster ones out there?

Internet Explorer is a browser that works exclusively with Microsoft operating systems. However, most of us have multiple devices we use to go on the Internet: a desktop computer, a laptop, a smartphone, a tablet, etc. They may run different operating systems but what do you care? You want to have universal access to your browser from any device and sync any changes across them. With IE, it simply won’t happen.

Competitors have long figured out that cross-platform approach is what it takes to win a user (e.g., Google Chrome) and created versions of their browser for all major operating systems - iOS, Android, Windows, etc. Again, not IE.

When creating a website, developers know for sure that what they create is going to look pretty much the same in all major browsers - Chrome, Safari, Firefox. Well, not with IE.

This browser is known for its long history of compatibility issues and rendering bugs - so much so that even the latest version can give developers a hard time screwing up the UI elements of the website in quite unpredictable ways. It all boils down to the fact that most of the time developers have to write code specifically for IE, which is bad for you as a website owner because you have to pay more for the development.

If that is not a killer argument then what is? Microsoft shut down IE and discontinued its support. At the same time, they announced Microsoft Edge - a new browser destined to replace its unlucky fellow.

Whether Microsoft Edge is good or bad (especially compared to other browsers) is a totally different question - but the signal that Microsoft guys have sent is pretty clear: “stay away from IE.”

We wouldn’t vouch for a particular browser to be the best out there as it all depends on your preferences, really.

What we do vouch for is that all of our websites work smoothly, load fast, and render normally in all major browsers - Google Chrome, Safari, Firefox, etc.

If you are a fan of Microsoft, why not try using their latest browser Edge instead of IE?

The glory days of IE are long gone and it’s really time to say goodbye. You will save your time, money, and - most importantly - personal data.

Tags:Development
Find Out How Free SEO Audit Can Help Your Website Rank Higher in Google
Voice Search Optimization: How to Do It Right

GET IN TOUCHREQUEST A QUOTE

Please fill out a brief for the service you're interested in, and we'll get back to you shortly with our quote.